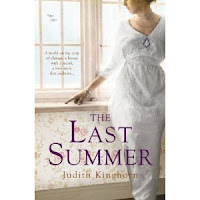 I read the paperback version of this which had a different cover showing a large country house, but I don't think that is out in shops yet. (I got it from Amazon Vine) But you can pre-order!

I read it on a train to London, and it took me two journeys to demolish it - a substantial novel then.

The Last Summer is set during the beginnings of World War I and tells the story of Clarissa, who loses her luxurious lifestyle and her home during the book.Impeccably written and well-researched this is an atmospheric and haunting read. It takes the reader from languorous summer days by the lake on a country estate to the horror of the trenches with equal aplomb.

The love story at its heart unfolds over sixteen years or so, so this is no flash in the pan romance but the real thing. Judith Kinghorn skilfully navigates our journey through love and loss, and despite the fact the reader knows that Clarissa and Tom must somehow find the inevitable happy ending the tension is nicely built through all the different episodes.Part of the story unfolds through letters which hold a secret not revealed until the end.

The social and historical background feels real. Clarissa's journey from society debutante to independent woman who wants to work for herself must be the journey many women took in this period and the book highlights this nicely. The back of the novel says it was "the end of a belle epoque" and Clarissa senses this before it is made real to her through the events in the story. People have likened this book to Downton Abbey, but it is not quite as cosy. Death and duty are here too, and the stifling repression of the moneyed classes.

This is a perfect balance of romance and grit, by a great new writer. Don't miss it.
Posted by Deborah Swift at 14:40 5 comments:

Bringing your inner artist to heel - the long haul 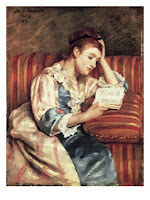 Last week I read a great article in the Guardian called "unleash your inner artist" in which well-respected artists from different disciplines told the reader what inspired them. Each had ideas for setting the right conditions, and they varied from "Find a studio with more than one window" to "go on a journey with someone who is as different from you as chalk from cheese".

As a writer I have no trouble at all finding inspiration. I could start twenty books tomorrow. But the question is, could I sustain them? Never mind unleashing the inner artist, how do I bring it to heel?

For novelists, most of their work of their first draft happens in the middle of the book. For me the pattern looks a little like this:

So a lot of the trick of it is about keeping inspired through the long middle. The characters or subject must have viability for the long haul, and be fascinating enough to sustain my interest over the eighteen months it takes me to research and write the book.

One of the best quotes in the Guardian article was from Guy Garvey, singer/guitarist with Elbow, who quoted in turn some advice he'd been given by songwriter Mano McLaughlin.


"The song is all, he said. Don't worry about what the music sounds like; you have a responsibility to the song. I found that really inspiring: it reminded me not to worry about whether a song sounds cool or fits with everything we've done before - but just to let the song be what it is."

When I start out I have an idea of what the book will be.As I approach the middle I realise that the book is moving away from my vision of it. I try to bring it back. It persists in going its own way. Much of the hard graft in the middle of the book is about the battle between my control of the story and my imagination which wants to take a looser journey.Somewhere near the end of the hard graft phase I realise I have to "let the song be what it is" and allow the story that wants to be told to have free rein. Just about then, I glimpse the end.

Subsequent drafts are about letting go of previous rigid ideas that I had about what my book might be, and who I might be as a writer. I have had to let go of ideas that I might be a) as brillliant and respected as Hilary Mantel b) as popular and best-selling as Dan Brown c) about to be tipped as the next TV book club read, or d) the ground-breaking quirky new voice of the 21st century.

You might have to do the same. Maybe you thought it was literary fiction, until you found you had written a fast-moving convoluted thriller with a crazed psychopath. Maybe you thought you would like to write a romance, until you found it impossible to force those love scenes and ended up with a murder instead.Maybe you became so interested in the motivations of your central couple that the plot never happened and it became a meditation instead and you found you had written a literary novella.

I write historical fiction so here are my top tips for inspiring myself in the long haul.
Surprise, surprise, they all involve leaving the computer and going out, and none of them are hard-line research. They are what I call "dabbling."

Browse your subject in a second-hand bookshop.Don't rush, allow lots of time for diversions.


Wander round a place your character might have lived.


Go horse-riding. (In my books most people travel by horse)


Go to an Antique shop, auction or museum and handle objects from the period.


Find a spot to daydream about your book and make a point of allowing time for the mind to drift.


Let the song be what it is.


Whilst researching The Gilded Lily, and London low-life of the 17th century, I was often impressed by how labour-intensive simple manufacturing was, before the industrial revolution, and also how ideas of ethical ways of making a living have shifted over the centuries. I thought I'd share some of the trades that are now almost lost to us in England. 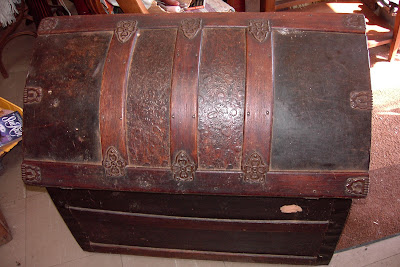 A trunk-maker made trunks, chests, portmanteaux and cases for holding knifes or weaponry. He needed to be skilled in woodworking, metalwork and leatherwork in order to carry out his craft. So that although it was not highly regarded, he must have had to master a number of different skills.The wood needed to be shaped in the same way a barrel-maker made barrels, and then the structure covered with horse or sealskin with the hair left on, or hide tanned in the tannery. To stretch the leather over the wooden frame it was first boiled and pummelled with a mallet to soften it. Once it was stretched over, metal bands secured the whole thing in place. The bands were heated in the fire and hammered and nailed on. Travelling trunks had rings to strap or chain them before or behind the carriage. Portmanteaux and buckets were made solely of leather. The Portmanteaux carried linen clothing or hats, gloves and stockings, and could be shaped to sit over the horses back or attach to the saddle. Buckets for watering horses, or carrying other liquids were also stitched together by hand and then sealed with rabbit-skin glue and the seams greased to make them watertight. 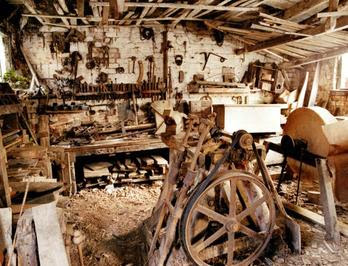 The wheelwright made wheels for road-waggons, carriages and carts.This is why the name "Wheeler" was quite common. I used the name Wheeler in The Lady's Slipper for one of my characters who I felt 'turned' from his original ideals. When making a wheel, it consisted of several parts.There was the nave or centrepiece, a circular wooden boss, and the spokes which were inserted into the nave, and also into the fellies or outside rim of the wheel. An iron tyre was fitted to the outside edge whilst  red hot so that it moulded well, and also so that it burnt a small depression into the wood.This made it lay flat with the wood and roll easily.Considerable strength was required to bend the wood to make the fellies, and for the stretching of the iron band around the rim. Picture and more information about wheelwrights from
http://apetcher2.blogspot.com/2011/03/life-in-year-3rd-february-worshipful.html 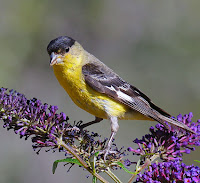 A street seller of birds called himself a "hawker" from which we get the name for any person who travels door to door selling his wares.There is evidence that goldfinches were caught just outside London at Chalk Farm (then an actual farm rather than a Tube station!) and also at Finchley. Goldfinches were favoured because they looked pretty and lived the longest of caged birds - about fifteen or sixteen years, and were therefore better value than the average bird which survived three to nine years in captivity.Birds were also sold in bird shops, where as many as five hundred birds could be displayed. The hawkers skill was to catch the birds by means of a bird net fastened to the ground by stars - iron pins - and open at one end. A caged call-bird was put in the middle of the net. Hours went into the training of this decoy.The bird was trained to sing loudly to attract other birds, and when sufficient birds had congregated under the net the catcher pulled a line and the net fell.Birds were caught and sold for their song especially in London, where bird-song was prized. Linnets were very popular, but catching them was cold work as it could only be done in winter. Thrushes nests were plundered for their eggs, and the fledgelings were hand-reared in country cottages specifically for sale to the hawkers who would then sell them on at a profit. 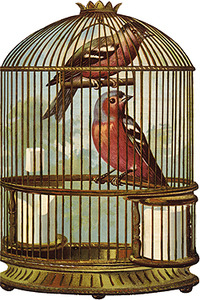 Posted by Deborah Swift at 10:45 No comments: