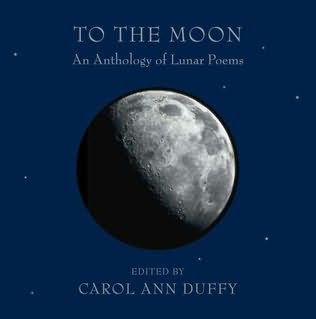 For the past few weeks I have been reading a few poems a day from "To the Moon" a anthology of lunar poems edited by Carol Ann Duffy, who must have had a fabulous time making this selection. What I love about it, is that the Moon is one of the few constants in humanity's ever-changing view, and because of this the collection enables us to see not just the Moon in all it moods but also the waxing and waning of poetry itself through the ages.
Arranged chronologically the poems span from Sappho (500BC) to Alice Oswald who is still with us and every age between. From rampant rhyming romanticism to thinly-pared prose-poems, it's all here. A journey through the fads and fashions of poetry which makes us surprised we ever thought that way, and equally startled that we think this way now.
This one-pointed collection also tracks our relationship with the Moon from the purely mysterious and symbolic, to the mundane essential light before the advent of electricity, and beyond to the time of the Apollo space mission where it becomes mere conquered dirt under our feet. I suspect the anthology was produced on the anniversary of the Moon Landings. There are several poems inspired by mankind's "giant step" including poems by Dannie Abse and the marvellous "Translunar Space March" by Edwin Morgan which describes the plaque we have sent into Space to inform alien races who/what humans are.....
..."A deodorized American man
with apologetic genitals and no pubic hair
holds up a banana-like right hand
in Indian greeting, at his side a woman,
smaller, and also with no pubic hair
is not alowed to hold up her hand,
stands with one leg off centre, and
is obviously an inferior sort
of the same species. However,
the male chauvinist pig
has a sullen expression, and the woman
is faintly smiling, so
interplanetary inteligences may still have homework."
If you haven't yet got a copy of this excellent book,you can see the moon rise today at 2.05 am and set again at 10.40. Plenty of time to write your own poem. Or you could wait for the next full moon on Friday 18th February and write by the light of it. 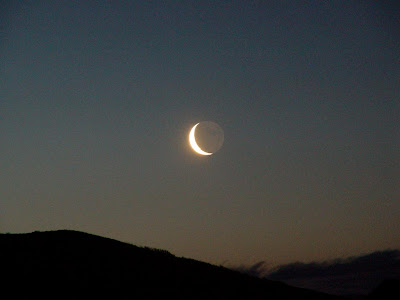 Posted by Deborah Swift at 05:35 No comments:

"There was a double eclipse in the early Autumn of 1605 - a lunar eclipse on 19th September, followed by an eclipse of the sun in early October........"

I thought I would share with you some of the Non-fiction titles I am using to research my next novel, which is set just after the Gunpowder Plot in the reign of James I.
Subtitled "Terror and Faith in 1605" Antonia Fraser's book "The Gunpowder Plot" on the subject is immensely readable and entertaining. Covering the political machinations and religious divisiveness that lead up to the plot itself, and ending with the anniversary a year later and the anti-catholic bonfires, it tells you all you need to know to really understand "Bonfire Night" as it is celebrated here in Britain. 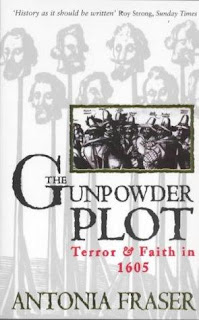 For the historical novelist there are extracts from letters and papers with sources so that these can be traced for more information. But even better she enables the reader to understand the weaknesses in character which meant that the enterprise would always be doomed for the plotters. It is illustrated with black and white contemporary paintings and engravings, maps and a family tree of the English succession. Very highly recommended.
Posted by Deborah Swift at 09:27 4 comments:

"The Gilded Lily" US publication

I'm delighted to announce that "The Gilded Lily" will be published in the US by St. Martin's Press. This is excellent news, as those US readers who have enjoyed "The Lady's Slipper" will be able to find out what befalls Ella after she leaves its pages for a new life.
Posted by Deborah Swift at 05:10 8 comments: