My writing year ahead, a conference, an anthology, a publication

I have just finished the copy-edits for A Divided Inheritance (scheduled for publication with Pan Macmillan in October) and can now get back to writing my fourth novel. My previous three have all been set in the 17th century, but for my fourth I am trying something new. It is still a historical novel but set in much more modern times - in 1945.

So what are the advantages to writing outside my usual box?
Firstly it gives my imagination a new place to roam, and enables me to tackle a whole new vein of research. A more modern novel demands different types of dialogue and a closer adherance to the way people behave now. In earlier times punishments were written large - death by burning or hanging, arguments could be settled by the sword or by the gun. In more modern times punishments can be loss of freedom, arguments settled by the tongue. The earlier periods were often (though not always) a more magnified version of our current times. A more modern novel has to scale these down to create a believable society.

So I am enjoying these new challenges, and working on a period which is just within living memory.

But it's not all work and no play. 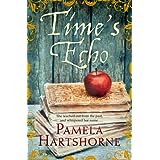 Recently I was lucky enough to meet some other writers at Pan Macmillan's Women's Fiction Party. One of these was Pamela Hartshorne whose time-slip novel Time's Echo I very much enjoyed. It is set in Tudor York, which is a glorious evocative setting. And if you love history, romance and ghosts, you'll love this.

I also was able to congratulate Margaret Dickinson on her twentieth novel. I finished her book  'Jenny's War' about an evacuee in WWII a couple of months ago and really enjoyed it. Her new one, 'The Clippie Girls' is coming out on Valentine's Day. Not sure I'll manage to write twenty books like Margaret has before I expire, but it's definitely something to aim for! I also met up with Diane Allen, whose debut saga, 'For the Sake of her Family' has been a big success. Diane is another northener who works at Magna Books who published two of my novels in Large Print editions.


I enjoyed meeting fellow writers, and I'm looking forward to meeting more - this time in America at The Historical Novel Society Conference   I have been invited to appear on two panels ('Making it to Mainstream' about my unusual route to publication, and 'The Virtual Salon' about how blogging can link writers with readers). If anyone is going to the conference, particularly if you have read my books or are a fan of the 17th century, please come and say hello. Or you could rescue my husband who as yet does not know what he is letting himself in for!

More News:
Short Story Success!
My short story, 'A Dog's Life' was shortlisted for the Historical Novel society short story award. The good news is, the HNS are going to publish all twelve stories in an anthology, to be made available soon as a Kindle book.Watch this space!

The Gilded Lily, out now in the USA.

The Gilded Lily was selected as one of the '13 must reads in 2013' by Good Morning Texas TV programme.

I had been following Anita Davison's blog, The Disorganized Author for a while because like me, Anita is passionate about the 17th Century. We both blog at Hoydens and Firebrands - a blog that specialises in 17th century history and interests.

After talking online for a bit, we managed to touch base briefly at the Historical Novel Society conference where she told me about her latest book. Now re-named as Anita Seymour, her historical biography about Elizabeth Murray was taken up by Pen and Sword Press. Seymour is a grand historical name!

Those of you who enjoyed my book The Lady's Slipper might want to discover more about the English Civil war through Anita's book. My copy should be dropping through the door any day soon. The story of how a painting inspired Royalist Rebel can be found on my other blog, Royalty Free Fiction

Royalist Rebel by Anita Seymour
Intelligent, witty and beautiful, Elizabeth Murray wasn’t born noble; her family’s fortunes came from her Scottish father’s boyhood friendship with King Charles. As the heir to Ham House, their mansion on the Thames near Richmond, Elizabeth was always destined for greater things.

Royalist Rebel is the story of Elizabeth’s youth during the English Civil War, of a determined and passionate young woman dedicated to Ham House, the Royalist cause and the three men in her life; her father William Murray, son of a minister who rose to become King Charles’ friend and confidant, the rich baronet Lionel Tollemache, her husband of twenty years who adored her and John Maitland, Duke of Lauderdale, Charles II’s favourite.

With William Murray at King Charles’ exiled court in Oxford, the five Murray women have to cope alone. Crippled by fines for their Royalist sympathies, and besieged by the Surrey Sequestration Committee, Elizabeth must find a wealthy, non-political husband to save herself, her sisters, and their inheritance.
Royalist Rebel by Claymore Books, an imprint of Pen and Sword, was released on 17th January 2013

For a little background on the novel, see Anita’s Book Blog
http://royalistrebel.blogspot.co.uk/